A  Tribute  to  The  British  Invasion  Decade

The English Channel performs the extraordinary British hits of the mid 1960's and 1970's...classic rock, pop & prog from The Beatles, the Rolling Stones, Dusty Springfield, The Who, Herman's Hermits, The Zombies, the Moody Blues, Petula Clark, Yes, The Kinks, Lulu, Queen, ELP, the Dave Clark Five, Deep Purple & many, many others.

Each song The English Channel performs is faithfully recreated to sound just like the original recording and just like you remember it. You'll hear a tight rhythm section, lush harmonies, shreddin’ guitars, rich orchestration and some songs you NEVER thought you’d hear a band play live! Their songlist is constantly evolving and is filled with familiar fan favorites as well as deep album cuts.

Since 2001, The English Channel has entertained capacity crowds all over the mid-Atlantic states and beyond. As America's premier British Invasion band they have headlined concerts, performing arts centers, festivals, wineries and music venues of all sizes.

The music The English Channel plays has clearly stood the test of time. People of all backgrounds and ages - from millennials to baby boomers - know and love these songs! The members of The English Channel perform with energy and joy which audiences find contagious. You'll find yourself singing along with them the entire night!

Tune in to The English Channel...they'll take you back to where you once belonged.

Find future dates and show info on our Calendar page 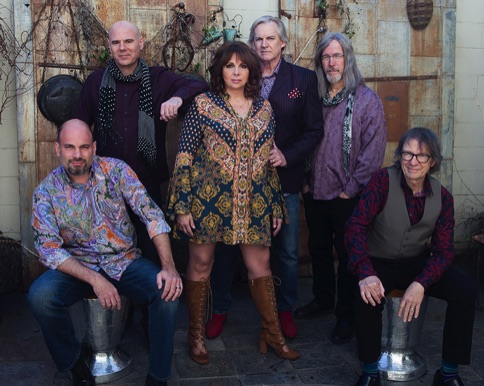 Want info on booking The English Channel for your venue, concert, festival or event? Email Brad Wells at booking@englishchannel.us  or call 804.928.6386